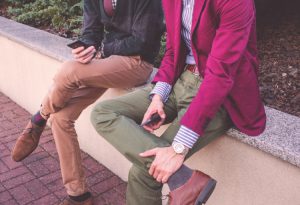 There has been a very noticeable shift in the approach to content production in recent years. Whilst in the past the emphasis has been on quality, now the measure of success is the likelihood of a post going viral. The more people that share your content on their own social media channels, the more likely that the article or blog is read by other people and the greater degree of exposure it gains. Writing shareable content requires a whole different set of rules- many of which we will take a look at now.

Creating content which is simplistic and easy to read is always going to attract more visitors. It is for this reason why many websites are now producing lists instead of straightforward articles. In fact, Buzzfeed have built an entire empire on this approach.

Even if you don’t go down the list route, try to create content with small chunks of information, rather than blocks of text. These types of blogs are much more palatable and readers are more likely to share them on their own social media.

We know that titles are incredibly important and when posting online they can often make or break your content. In order for your work to be shared, it has to be read and an evocative title is paramount.

When considering titles, think about whether there is a different or more exciting way of describing your content. It’s worth noting that numbers in titles and titles which come in the form of a question are particularly successful. Also, it goes without saying that dramatic titles will of course attract more clicks.

As we have already established, people are more likely to engage with content when it’s immediately effective. One of the ways in which you can make an instant impact is through visuals. Just in the same way that a title can attract readers, a compelling image can do the exact same thing.

The visual appearance of content is becoming just as important as the work itself. This has probably got a lot to do with the changing face of social media. Sites such as Instagram and Pinterest rely heavily on images and this is affecting how posts are constructed.

You should always take into account the platform on which you post your blogs. For example as we have established, when posting on Instagram and Pinterest, the visual is everything. Positing on Facebook should take into account multiple factors such as images, titles and the way in which people interact with the site. When sharing content on Twitter, the emphasis is on hashtags as these are what drive traffic to your tweets.

You have to remember, when people share your work it will most likely be on one of these networks. Therefore, content which has been created with social media in mind has a greater chance of success.

Whether you like it or not, emotional content attracts more attention than informational. You only have to look at the typical types of posts which go viral in order to understand what they have in common. The reason behind this idea is that emotional pieces have a greater impact upon us and we are much more likely to share them with other people.

Just take a look at Facebook, we don’t react to posts with an “I agree” button, we react with emoticons.

Following on from the idea of emotion is creating content which is outright controversial. We know this is a successful technique because we see it all the time. Sites will share posts with a shocking title or picture in order to entice people into clicking. Whether the content lives up to the title is beyond the point, they have already gained a new visitor. We call this clickbait.

Creators should be cautious with this tactic. Being associated with clickbait can be damaging to your reputation and may actually deter visitors from interacting with your content. Even if you don’t post clickbait, engaging with controversial topics can still be somewhat risky. You are much more likely to offend a large proportion of readers. This is something which should factor in to your overall approach.