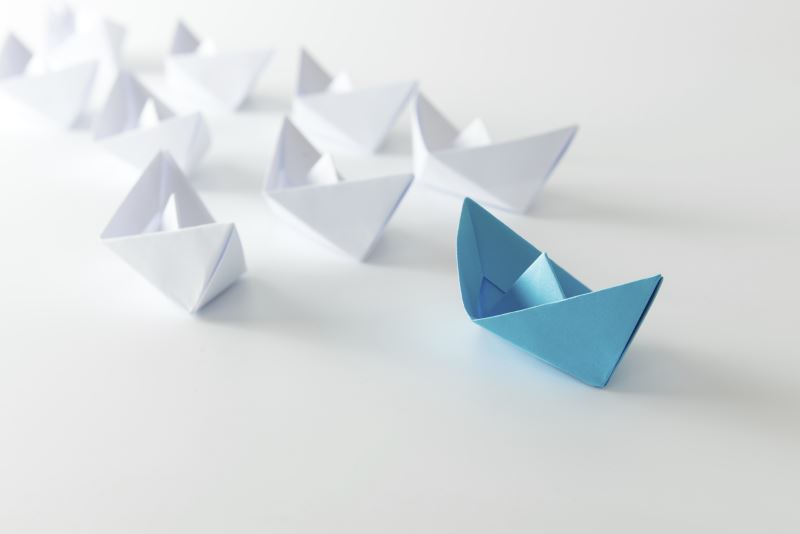 So, you’re a small fish in a pond full of much larger fish with sharp teeth that are ready to pounce on you.  All the while you’re watching your back whilst trying to get your fair share of food.  It’s a scary thing for a small company to stand up to the competition and risk loosing everything they’ve worked so hard to achieve.  But if you turn the way you think about your competitors on its head and see the advantages that a small business has that they don’t then not only can you make space for yourself and your product in a crowded market, but you can also make your business stronger in the process.

Here are some tips: 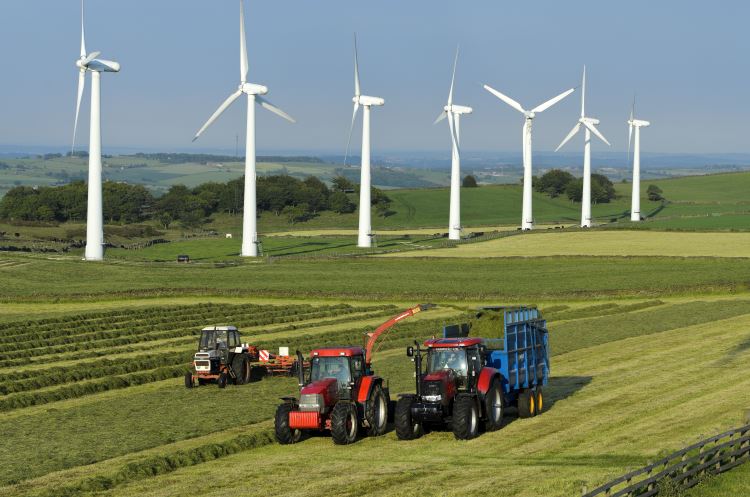 In my last article I explored the role that sensors are playing in revolutionising the agricultural farming industry by enabling precision farming techniques to be practised.  These technological additions seek to inject greater efficiencies into the industry by helping to refine planting, crop maintenance and harvesting techniques in order to increase productivity.  I was fascinated by the abilities of this technology and the way it is providing farmers with greater insight and control over their land and providing efficiencies in their farming techniques.  I’ll admit this is mainly due to my ignorance on this topic.  But if this technology is already being used then I was keen to find out what the future has in store and how its use will attempt to address the mounting pressures placed on farmers to produce a greater supply of cheaper crops with minimal environmental impact.

There are of course a myriad of different technologies that are emerging and being developed for use within agricultural farming, the majority of which utilise or are some way linked to sensor technology.

Unmanned Aerial Vehicles (UAVs) or drones themselves are not strictly sensors, however by applying sensors their use is set to play a highly vital role in improving the accuracies of obtaining land data for use in precision farming.  They allow images taken by sensors to be captured at a far higher resolution than satellites deliver.  They can access areas below tree level that would otherwise be hidden from satellite view, plus they allow images to be obtained even on cloudy days.  The sensors used in UAVs can be chosen based on the data required and options include RGB (red-green-blue), NIR (near infrared), RE (red edge), multispectral and thermal infrared.  Used on their own or when combined they collect highly accurate information on crop health, plant physiology analysis, land elevation, soil property and moisture levels, erosion analysis, yield forecasting and even plant counting.  All this can be done in a teeny tiny fraction of the time it would take a farmer to conduct this analysis manually.

This is fantastic, but what developments are being made to make use of this highly precise data?  The next step in the trail is to feed this information wirelessly into autonomous farm vehicles.  Automated tractors, harvesters and other farm machinery would then react to the data being sent to them to carry out otherwise manual and time-consuming tasks.  They are guided by highly accurate satellite navigation systems that enable absolute accuracies of an inch to an inch and a half. Farmers are then in receipt of real time information which allows them to apply a more strategic rather than reactive approach to their farming based on the statistical data and, in time, historical statistical data obtained by their sensors.

Another area of autonomous machinery where introductions to the industry are imminent is in the area of Agrobots.  These machines are being developed in order to bring dramatic changes to the way farming is conducted by taking labour intensive tasks away from people and passing them on to robots.  Agrobots are being developed in a wealth of shapes and sizes to address the requirements of applications including weeding, fruit picking, irrigation, planting, fertilising, soil maintenance, hay balling and harvesting crops.  Their size allows far greater speed and precision to be achieved than could ever be possible by farm workers or by larger more cumbersome machinery.

I couldn’t end this article without touching on another approach that is not only being explored but is also beginning to be practiced in certain areas of agricultural farming and seeks to address the biggest hurdle of the future – a lack of space.

According to data approximately 80% of the world’s land that is suitable for farming is being farmed, but with the world’s population set to increase by a forecasted 3 billion by 2050 will there be enough land to produce the crops required to sustain this growth? You may have heard of vertical farming, but if not, like the name suggests, it’s basically farming upwards and this could offer a potential answer to this increasingly critical dilemma.  The images on the web are truly futuristic, give it a Google and take a look – I particularly like the image of cows on the 20th storey of a building here  – now that’s one way to find out if they suffer from vertigo!  On a more serious note this concept would allow a certain degree of mass farming to take place in urban areas where space for crop cultivation is limited.  It’s not a new idea by any means and has evolved from the book Vertical Farming written by Gilbert Ellis Bailey in 1915.

Since then different people have taken the idea and tried to establish if the concept is commercially viable and how it would work in practice.  Some farms are already using this principle in a less sci-fi way, such as Green Sense Farms near Chicago, USA.  Indoor farming of certain crops such as salad leaves and herbs, like those produced by Green Sense Farms, are becoming more popular as they create a closed ecological system which allows the farmer complete control over the environment.  This almost eliminates the presence of pests and sensors can be used to monitor and adjust climatic conditions so that they are perfect for optimal harvest whatever the weather’s doing outside. In these environments, crops are grown in tiers to ensure the use of space is maximised.   This is certainly set to be an excellent solution to space availability in the future and provides extensive opportunities for urban farming.

It is an exciting time to be working in the agricultural farming industry and within the next decade or so farms could operate in a completely different way to how we’ve ever seen them before.