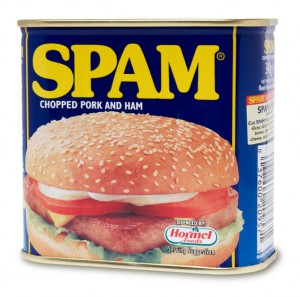 We have all experienced the annoyance and inconvenience of spam, whether it be junk email, manipulative links or even something more insidious such as malware infection. It may be a daily occurrence but have you ever thought about the spammers themselves or more specifically what they get out of the deal? What could be intrusive and potentially dangerous for you and your computer is actually making the perpetrators huge amounts of money.

We are all accustomed to receiving a large amount of junk mail each and every day. The fact that nearly everyone receives this form of spam is key to its use. Spammers will send out an email to millions of people containing a link to a website selling something. Even if only a tiny amount of recipients make a purchase this can still mean big money considering the vast amount of junk mail sent.

Obviously in order to send so many emails at once spammers require a large number of computers. Some companies actually provide this sort of service to spammers, charging them for the bandwidth and taking a cut of the profit, even if only indirectly. Unfortunately, many spammers will choose the cheaper option of hacking a large number of computers in order to create a botnet. As well as using their own botnets they will also sell them to other spammers for further use.

Computers are hacked across the globe and it can be difficult to recognise that your system has been infected. A research team from a US in 2008 investigated a large botnet infrastructure that was being utilised to send junk mail. They concluded that the spammers running the operation would have been receiving around $2 million a year.

Social networking sites are a hotbed for spamming activity, especially websites such as Facebook and Twitter. Spammers will create popular fan pages which are liked by hundreds or even thousands of users. Spammers will then post links to other sites, paid for by third parties who want more traffic on their website. In 2013, a group of Italian researchers looked into this phenomenon and found that spamming activity on Facebook was generating around 200 million dollars per year. The team also looked at Twitter and found that a business was booming selling fake Twitter followers to users who want to artificially boost their following. Staggeringly, the team found that this practice alone was generating anything from $40 million to $360 million per year.

Both social networking sites have guidelines in place to discourage this behaviour but with so many users involved it can be difficult to police. That being said, Twitter recently completed a cull of all of the fake accounts on its server and Facebook are continuously updating their security features in order to tackle spam. It may be that more heavy handed techniques will achieve better results but it could also be that the problem is just too big.

The problem with policing spamming is that techniques that use email or social media can fall into a grey area. However, in recent years there has been a shift with many groups moving into outright criminal behaviour. For example, DoS attacks involve hackers utilising a botnet in order to bombard a specific website with thousands of requests and in the process overwhelming and disabling it. Some hackers will then use this as leverage and ask for money from the website owner in exchange for stopping the attack.

Another type of attack often employed by hackers is phishing which is basically a tactic for stealing a persons or companies identity. Phishing usually involves the use of emails or links to fake websites which look just like their official counterparts but are actually controlled by the hackers. The unsuspecting user enters their private information or financial details for  the hacker to do with as they please. An extreme example of this took place in 2007 when the Swedish bank Nordea was a victim of phishing on a grand scale. The hackers managed to get away with $1,200,000 thanks to Trojan infected emails sent to customers.